in the Showboat’s production – voiced with moxie and

"Watson, of powerful voice and imposing presence, controls the stage when she is belting!  She had some wonderful comic asides that added needed light moments to the heavy theme."

"Nyla Watson has a beautiful face, deep, rich voice and a personality to match.

She is outstanding as Carlotta Campion, a former showgirl turned TV star whose torch song, “I’m Still Here,” is a tale of adaptation and survival."

Coming to a city near YOU!

Check the link to stay connected!​

“Another Opening, Another Show”

with verve, and her dancing in

"In a photo finish, the best performance may be

from Nyla Watson as the witch.

You can’t take your eyes off this woman and

her graceful movements and exquisite storytelling. 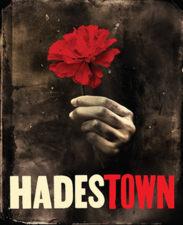 National Society of Arts and Letters'

Displaying GREAT FIRE, Nyla Watson as “Sarah’s Friend” rocks the first-act ending with a moving, full-voiced “Till We Reach That Day.”

Nyla Watson offers “You Took Advantage of Me” with spirit, satiny vibrato, and slight hip action.